Pertussis toxin is a biologically active toxin released by B. pertussis. Pertussis toxin is also a potent adjuvant commonly used in animal models of human autoimmune disease including multiple sclerosis and celiac disease-associated dermatitis herpetiformis. Given that subclinical B. pertussis colonization of the nasopharynx persists in approximately 5% of individuals in highly vaccinated populations, ILiAD is investigating the role of B. pertussis colonization in human autoimmune disease, and the ability to prevent such disease with therapeutics developed using B-Tech™ platform. 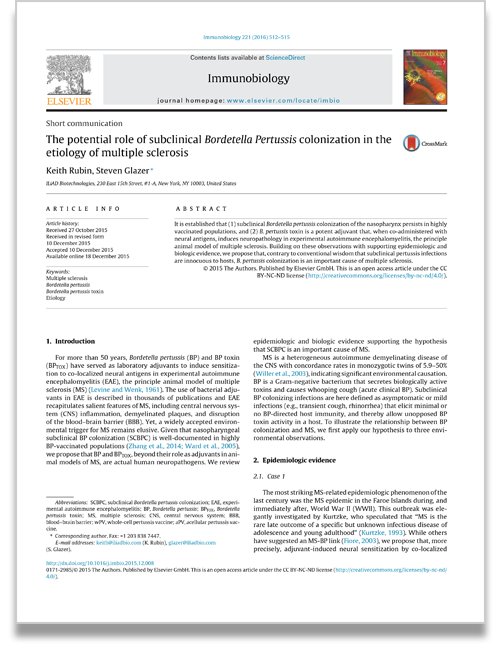 In addition to noting the concurrent decades-long rise in rates of B. pertussis and celiac disease in the United States, we have published on the extraordinary covariation between rates of celiac disease in Swedish children and the incidence of whooping cough in Sweden at the end of the last century. Evidence suggests that B. pertussis colonization may induce mucosal sensitization to co-localized gliadin in the nasopharynx and play a major unrecognized role in the onset of celiac disease. 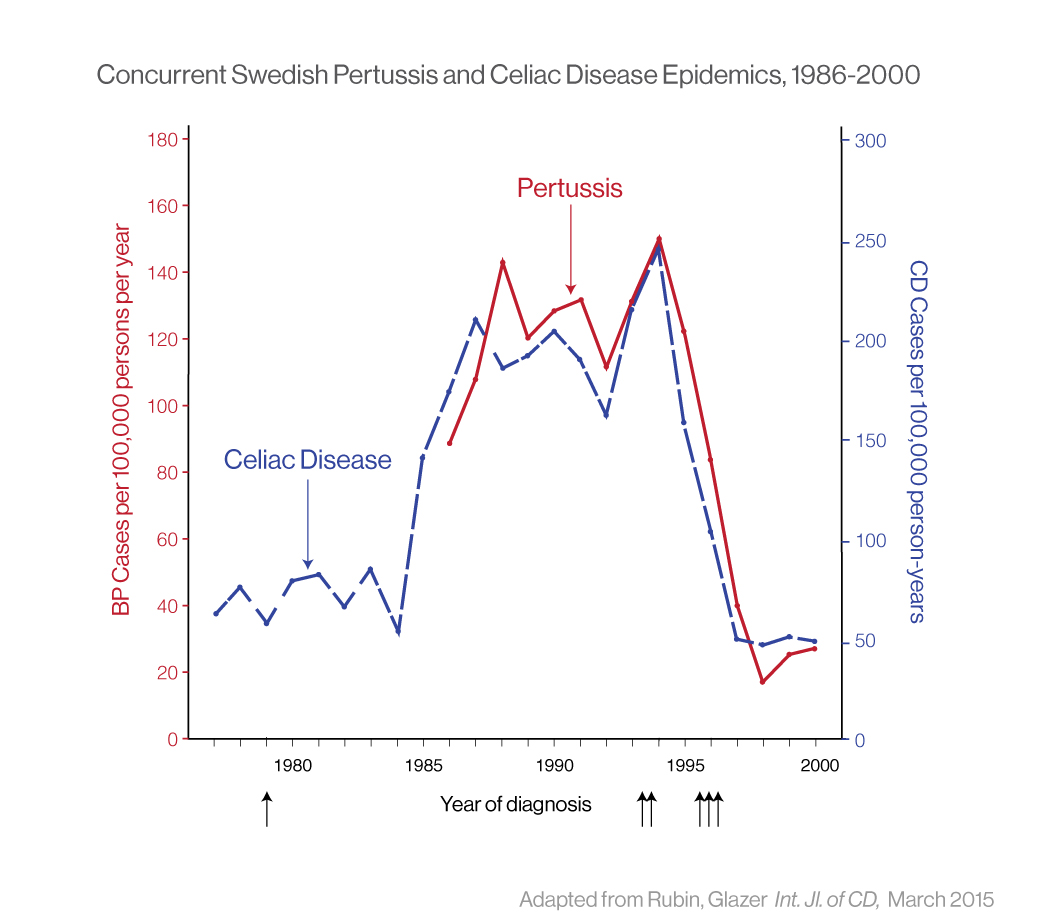 The striking parallel between rates of childhood celiac disease and pertussis in Sweden from 1986-2000. 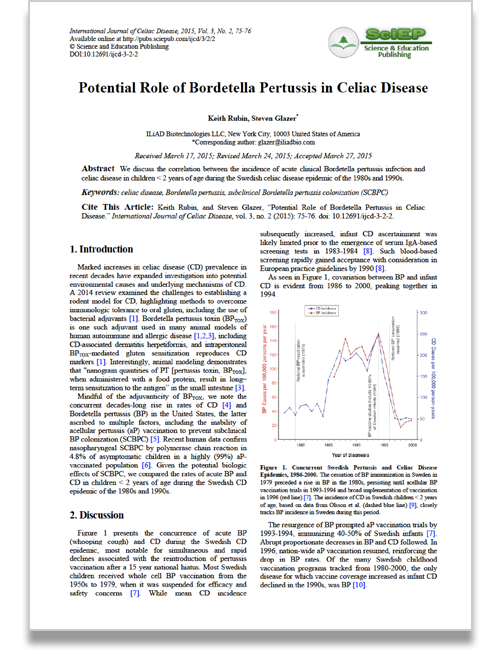